Why You Shouldn’t Download From Third Party App Stores

App stores offer millions of applications. In them, you’ll find everything from social media apps, tools, and games, to specific apps created by popular brands and corporations. Besides offering tons of high-quality apps, these stores are secure and offer the best and safest user experience. The great thing about app stores is that they scan every app to check for threats or suspicious behavior.
In other words, all apps have gone through a security check to ensure the safety of users’ data and devices. On the other hand, third-party sites rarely implement security checks. Third party app stores not only provide developers with more freedom but also faster speed to market. The approval processes are less strict than the manufacturers, which means approvals are processed much faster. This leaves users’ devices exposed to countless threats. The problem is, some of these apps are exceptionally vulnerable to malware infiltration. For example, in 2016 1.3 million smartphones were attacked by malware. The malware was named “Gooligan,” and according to researchers, it was found in 86 apps. Of course, all of these apps came from third-party sources. Based on the data released by the Android security team this year, you’re about 10 times more likely to have a potentially harmful application on your device if you are using third-party sources.
Avoid potentially harmful apps by limiting your download sources to official app stores, such as your device’s manufacturer or operating system app store. Do not download from unknown sources or install untrusted enterprise certificates. Additionally—because malicious apps have been known to slip through the security of even reputable app stores—always read the reviews and research the developer before downloading and installing an app. 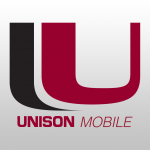